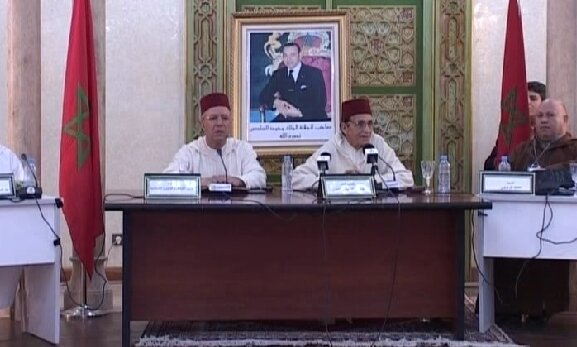 The ruling, which came on page 285 in a book written by the High Council of Ulemas under the title “Fatwas of the years 2004-2012, was requested by and sent to the interministerial Delegation for Human Rights of Morocco which sought an explanation of Islam’s view on freedom of belief in the framework of the preparation of the sixth periodic report for the implementation of the International Covenant on civil and political rights.

The High Council of Ulemas backed up their opinion with the Koranic verse “And whoever of you reverts from his religion [to disbelief] and dies while he is a disbeliever – for those, their deeds have become worthless in this world and the Hereafter, and those are the companions of the Fire, they will abide therein eternally,” Surat Al-Baqarah[verse 217].

And the prophet’s Hadith “…The Prophet said, ‘If somebody (a Muslim) discards his religion, kill him.‘

According to Article 220 of the Moroccan Penal Code: “anyone who has impeded or prevented one or more persons from worship or from attending worship services of any religion may be punished by six-months to three-years imprisonment, and a fine of 200 to 500 dirhams.”

On the other hand, the Moroccan website Lakome reported that a source from High Council of Ulemas informed them that the controversial ruling is not an official Fatwa, but it was in fact only a viewpoint of Islamic law.

The High Council of Ulemas, which consists of religious Muslim scholars (Ulemas) appointed by the Ministry of Religious Endowments and Islamic Affairs, is considered the highest religious government institution in Morocco and is led by King Mohammed Vl of Morocco.