Spanish Families have to “Raise Adopted Children from Morocco as Muslims”

Oklahoma City, U.S.A| After long negotiations, Morocco and Spain agreed that the Moroccan children adopted by Spanish families must be raised as Muslims.

According to the agreement, which was signed by Spanish Justice Minister Alberto Ruiz-Gallardón and Moroccan counterpart Mustafa Ramid, the Spanish government is obliged to establish a “control mechanism” that would enable Moroccan religious authorities to monitor the children until they reach the age of 18 to make sure they are still Muslims.

This monitoring is done by the fact that Spanish parents, along with their adopted children, travel to Morocco once a year so that Islamic religious authorities can make sure the Spanish family is in full compliance with the agreement.

In fact, this made some Spanish families leave their home country and settle permanently in Morocco according to some reports.

The new agreement is expected to affect at least 58 Spanish families, which were assigned Moroccan children before Moroccan Justice Mustafa Ramid took office in November 2011, who a year later, issued a circular prohibiting the transfer of Moroccan children to foreigners “if they are not habitually resident in Morocco.”

Moroccan Foreign Minister Saaedín el Otmani had an interview this week with the Spanish newspaper Europa Press, to which he said that Spanish families in question could resort to Morocco’s court system to have their cases resolved.

“What we really want is a mechanism that will enable us to track how this adopted child by making sure he is living a normal life in terms of  education, psychology and health, and also culturally and religiously speaking”, Mr. El Otmani added.

It is to note that around 40 families from different nationalities wrote in 2012 a letter to the Moroccan King Mohamed VI, requesting him to intercede with the Islamists who are in office.

On the other hand, some human rights have criticized the new agreement, considering it both “an encroachment of Sharia law on the Spanish jurisprudence and a violation of the freedom of religion or belief, which is protected by Article 16 of the Spanish Constitution.

Barcelona, Spain|Barcelona midfielder Xavi Hernández was subjected to various medical tests on Tuesday including an MRI to determine the status of his hamstring injury and it was…

Morocco News Tribune
Taroudant, Morocco|Subsequent to his visit to Algeria, Francois Hollande is expected in Morocco on an official visit during the first week of April.
Hollande will be… 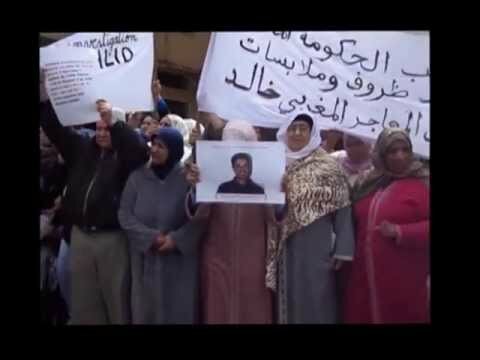