Florida, U.S.A— The French and Malian military campaign successfully secured Sunday the historical cities of Gao and Timbuktu, north of the capital Bamako.

After 18 days of fight, the French and Malian forces pushed the Islamist militants out of the two cities of Gao and Timbuktu to the desert and started clearing the two cities off weapons and ammunitions.

1000 French paratroopers took over Timbuktu’s airport without a shot being fired. The capture of Gao cleared the ground for the takeover of the most important historical city of Timbuktu. The campaign forced the militants out of the cities toward the mountains and the open desert.

Timbuktu, a UNESCO world heritage, suffered the most from the presence of the Islamist militants. The 10 month presence of militant on Timbuktu’s soil was behind the torching of its historical library.  A number of historical manuscripts were lost, including ones written by famous Muslim scholars. The library contained over 160 manuscripts that belonged to the Malian Muslim Empire (13th century – 20th centuries), according to Reuters.

Promises of financial and military support

“You will certainly understand that it is not sufficient. But I think it is only the beginning. We hope that it will continue, and that the money we need will come,” the Malian interim President told Reuter’s reporters commenting on the amount of money levied to support the campaign to push out the insurgents.

It is noteworthy to mention that international donors promised $455 million, which would be used to finance the deployment of 8000 African troops. African leaders gathered at the African Union 20th Summit estimated that the deployment will cost $1 billion.

Politically, the Malian government, on the other hand, pledged to hold “a fair and transparent election” afterwards to meet the demands of western powers for democracy.

“Syria the Healer”, a song by Dylan Connor

At least 232 people died in a nightclub fire in Brazil

The state of Egypt’s revolution

Rachid Taoussi: “I asked players to criticize themselves, not other players ….and we still have a chance to qualify”

Egyptian Prime Minister to Aljazeera: “Egypt is united behind the parliament, ..Morsi and the new constitution”

live on Camera: a member of security forces in Egypt shot dead during clashes on the Egyptian revolution’s second anniversary

What do you know about the penny?

Is it a war on Islam in Mali?

Activist and professor, Dr. Cornel West goes off on Obama over use of MLK Bible

Ann Coulter: America Doesn’t Have A Gun Problem; it has a demographic problem

When we, Jews, left Morocco

Ahmed Benchemsi discusses the state of individual rights under Islam

The Berber Kingdom of Morocco

A Moroccan talent in singing

‘CIA turns into military force, targets countries it’s not at war with’

mstrong Defends Himself Against Doping Allegations

Freewheeling down Ait Mansour in Morocco

snake on a plane

When the beautiful spring comes, I order nothing but mint tea on theterrace of this cafe but what I like most is theaction of the waiter fetching…

Oklahoma City, U.S.A –A man, claiming to be a member of the Islamist militant group known as Boko Haram, declared unilateral cease-fire Monday in Northern Nigeria…

Oklahoma City, U.S.A-- Morocco is on track to attract in the near future more automotive investments by auto manufacturer giants such as Nissan, Volgsvagen and…


At the beginning of the twentieth century, French colonialism faced severe rebellion by Amazigh and Arabs. Islam had been a primary motive behind this rebellion. To weaken… 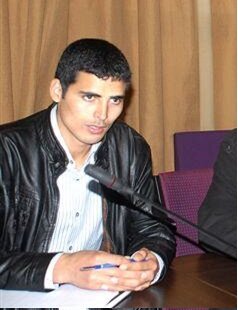 Florida, U.S.A— The French and Malian military campaign successfully secured Sunday the historical cities of Gao and Timbuktu, north of the capital Bamako.
After 18 days…